Creatine in a Recovery Drink

I have had several inquires from potential customers asking why Mike’s Mix Recovery Drink does not contain creatine.  Currently, creatine is all the rage within the sports supplements market and many competing recovery drinks, including the popular P90X, incorporate it into their formulas.  Although I believe that supplemental creatine can be beneficial to a specific group of athletes, there are a few reasons why I left it out of Mike’s Mix.

First: Mike’s Mix is designed for a wide range of athletes, many of which will not benefit from supplemental creatine.

Several studies have shown that supplementing creatine can be beneficial to those athletes training for short periods of high-intensity power or strength. (1)( 2)  Power and Olympic weight lifters, bodybuilders and sprinters may all see benefits from supplementing creatine.  However, endurance athletes receive no benefit from its use.  In fact, some studies have shown a negative relationship with supplementation of creatine and running times.  A side effect of creatine supplementation is a gain in weight (mean 2.2 pounds).  This is “dead weight” for the endurance athlete and is disadvantageous for those performing running, cycling, or swimming events.  In addition, there is no evidence that general fitness, weight loss, or participants of middle of the road sports, such as basketball, soccer, wrestling, or rock climbing would experience any benefits with the use of creatine either.  Many users of creatine have also reported muscle cramping, nausea and gastrointestinal upset, symptoms most athletes strive to avoid.

Second: Research showing significant gains in strength and power administer creatine in dosages many times greater than what is found in recovery drinks.

As mentioned before, several studies have shown that creatine may offer an advantage to power athletes.  Theses studies all administer 5 to 25 grams of creatine daily.  The amount of creatine found in recovery drinks is many times less than even the low end dosage.  For example, P90X recovery drink contains .5 grams of creatine, 10X times less than the low-end dosage.  Also, manufacturers and sports nutritionalists often recommend cycling creatine in addition to a loading phase.  Obviously, this can’t be accomplished if you are relying on the creatine in your recovery drink  The amount and cycling of supplemental creatine is going to be different for every athlete, based on gender, daily routine, goals and bodyweight.  (3)  Numerous manufacturers produce pure creatine that can be obtained at a reasonable price. (4)

Third:  There is no long-term research to establish the safety of creatine.

I enjoy my sleep and I wouldn’t sleep comfortably if I included any additive to Mike’s Mix that had even the slightest potential for long-term health problems.  Although no formal research has shown creatine to be unsafe (5) much anecdotal evidence suggests caution with supplementation of creatine.  Creatine is classified as a “dietary supplement” under the 1994 Dietary Supplement Health and Education Act and is available without a prescription. Creatine is not subjected to Federal Drug Administration (FDA) testing and the purity and hygienic condition of commercial creatine products may be questionable. A 1998 FDA report lists 32 adverse creatine-associated events that had been reported to the FDA. These include seizure, vomiting, diarrhea, anxiety, myopathy, cardiac arrhythmia, deep vein thromboses and death. However, there is no certainty that a reported adverse event can be attributed to a particular product. A recent survey of 28 male baseball players and 24 male football players, ages 18 to 23, found that 16 (31%) experienced diarrhea, 13 (25%) experienced muscle cramps, 7 (13%) reported unwanted weight gain, 7 (13%) reported dehydration, and 12 reported various other adverse effects. 6 In addition to the above mentioned symptoms, long-term creatine supplementation may pose additional threats to individuals predisposed to liver or kidney dysfunction. 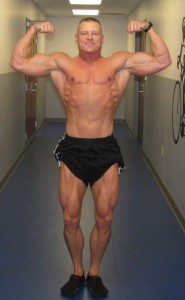 In conclusion, although the Mike’s Mix formula is simple, a lot of thought and time was spent reviewing research to create the finished recovery drink.  I did not want to include token additives that weren’t going to assist in an athlete’s recovery, but were just present to sell product.  Creatine was left out of the formula because it wouldn’t be beneficial to the majority of my customers and might actually be a hindrance to many (weight gain, cramping, etc).  If you are a power athlete, I would strongly consider cycling creatine, which can be consumed in addition to the Mike’s Mix Recovery Drink.  I do appreciate all the inquiries I have received about creatine and you can count on me to keep looking into new sports supplements as they come out. If I see evidence that a safe compound would be a beneficial addition to a recovery drink, I will most certainly include it in Mike’s Mix.

8 Responses to Creatine in a Recovery Drink