Gatorade, Galactose and Hydration: Research based ingredients for optimal hydration 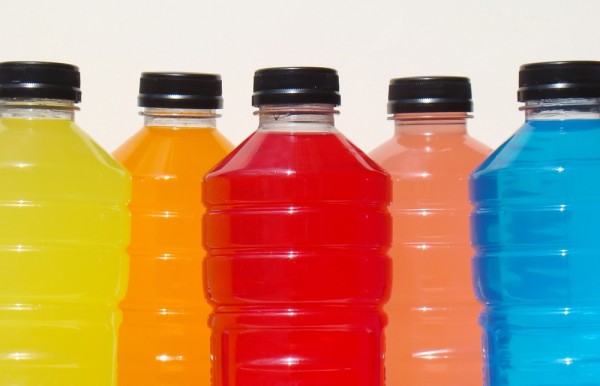 Have you heard of G-Push? I came across an old article/propaganda piece through slowtwitch.com with G-Push and was curious to hear your thoughts about their hydration and nutrition philosophy. I don’t know if the product is around anymore but they used a “secret” ingredient called galactose, which sounds like something found in Oakleys.

Thanks for the question and the link, Dan. Very interesting read. The promotion of the G-Push products offer interesting insight into the nature of the sports nutrition market and how consumers learn about “advances” in nutrition. G-Push was Gatorade’s attempt at re-branding themselves that coincided with their release of new products, the G-series (before, during and after workout drinks). Gatorade hyped their new products as the finest sports drink available, specifically focusing on a key ingredient their “during” workout drink had, galactose. In reality, sports drinks can be a very useful aid to training and competition for endurance athletes, however, they don’t need to contain galactose.

Although galactose may sound other worldly, it is found right here on earth and is a common component of many diets. Galactose is a monosaccharide, the most basic unit of a carbohydrate; a sugar. Milk sugar or lactose is cleaved into a molecule of glucose and galactose by the enzyme lactase during digestion. Galactose is further metabolized into glucose which can then be used for energy. 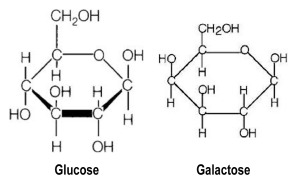 So, what properties does galactose have that make it a superior sugar for exercise metabolism?

None, that we know of. Independent research failed to support its benefits over traditional sugars or placebo (Research 1, Research 2). It turns out that during exercise, the liver is unable to convert galactose into glucose at a rate required to support strenuous exercise intensity. Independent of its chemistry, perhaps Gatorade believed its potential laid in the attractiveness of its space-aged sounding name.  It reminds me of another word that Gatorade popularized: Electrolyte. Today, you have an entire industry formed on this one catchy word, which sounds a lot more powerful than what it is more commonly known as: Table salt. However, Gatorade wasn’t able to hold a patent on the use of the word electrolyte or the addition of table salt in a beverage. This was not the case with galactose. Gatorade purchased the patent and has the exclusive rights on the use of galactose in sports drinks! Had the craze for galactose been successful, Gatorade would have tightened its noose on the sports drink market and we could enjoy the screaming for galactose along with electrolytes.

I imagine your guess is as good as Gatorade’s. Perhaps it was bad advertisements (The Onion’s G-Push “promotion”) or uninspiring athletic endorsements (LeBron may not have Michael’s charisma). Whatever the reason, G-Push and the idea of galactose in sports drinks are now obsolete. However, G-Push is certainly not an oddity in a very competitive and always changing market for nutritional supplements where literally hundreds of products, all touting unique and superior formulas, appear and disappear annually.

What is important for hydration?

Unfortunately for many athletes, good advice on the benefits of focused nutritional habits and strategies are often lost in constant distractions from advertisements and manufacturer propaganda. In fact, it is probably sound advice to avoid products touting “secret” ingredients or “formula breakthroughs” as more often than not these additives offer no benefit and may even detract from the formula.

Drinking during prolonged exercise, especially in the heat, is a powerful nutritional tool and the following is my advice regarding hydration:

Liquids and hydration are important factors in keeping core temperature down. Overheating is a true performance killer and the longer the duration of exercise and the hotter the ambient environment, the more important fluid replacement becomes to keep body temperature down. In other words, the number one benefit of a sports drink is its cooling ability! 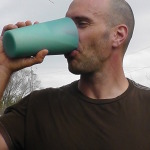 Carbohydrate is the only addition to a sports beverage that has shown an improvement to performance. Not electrolytes, not galactose, and not the newest super addition that will pop up tomorrow. Additionally, carbohydrate consumption has little effect on performance until after 2 hours of continuous exercise. Therefore, endurance and ultra-endurance athletes are best served with carbohydrate containing beverages.

Less is better when considering the number of ingredient additions in a sports drink. The more solutes that you put into any sort of hydration formula, the less you can take in of the things that you may really need like glucose and a little sodium, without killing osmolality, and your body’s ability to absorb the liquid. Does the sports drink you currently use have other additions ex: colors, flavorings, vitamins and minerals, protein, etc? If so, these additives are slowing absorption and counteracting the reason you are sipping a sports drink to begin with, which is hydration. In reality, your gut doesn’t work very well during exercise and the more you put into it during activity, the greater your chances for gastric upset.

Let’s not forget taste. The best sports drink is the one that you will drink and this is a very individual preference. Depending on preference, it may be water, Mike’s Mix Lemon Aid, or if you can still find some for sale on ebay, G-push with galactose. 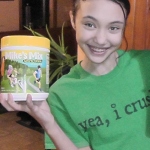 Don’t overdo fluid consumption. Drink in response to thirst and don’t feel the need to constantly be downing the water or sports drinks especially during events. Particularly at shorter events, carrying liquid, or even grabbing a cup, may do more harm than good by disrupting your rhythm or causing intestinal distress.  The “more is better” philosophy can even lead to a very dangerous condition: hypernatremia, which is the overconsumption of liquid that can and has been fatal to athletes.

Want to make your own sports drink? Click here for some recipe ideas.

3 Responses to Gatorade, Galactose and Hydration: Research based ingredients for optimal hydration