Mike’s Mix visited the Whitewater Kayak Midwest Freestyle Championships this weekend in Wausau, WI. My first memories of Wausau were from 30 years ago when as a youngster my family and I visited my aunt who lived in a little rural town called Bevent. Wausau was the closest city and we would visit to restock on groceries or enjoy a meal in the “big city”. I don’t remember a whole lot of details from these early trips (there was a store called Hat City where I scored a ton of cool concert t-shirts, Motorhead and Deep Purple were a couple, unfortunately it is gone now) but I have a lasting impression of a dingy, smelly (from the paper companies) older city, without a whole lot going on.

Wausau is now a progressive, clean and extremely fun little city and nothing exemplifies this more than the Wausau Whitewater Park that hosted the Freestyle Championships. The park is located on a branch of the Wisconsin River (the same river I live on 120 miles to the south) where a whitewater course has been developed, modified, and improved resulting in what is now “one of the nation’s best slalom courses”. 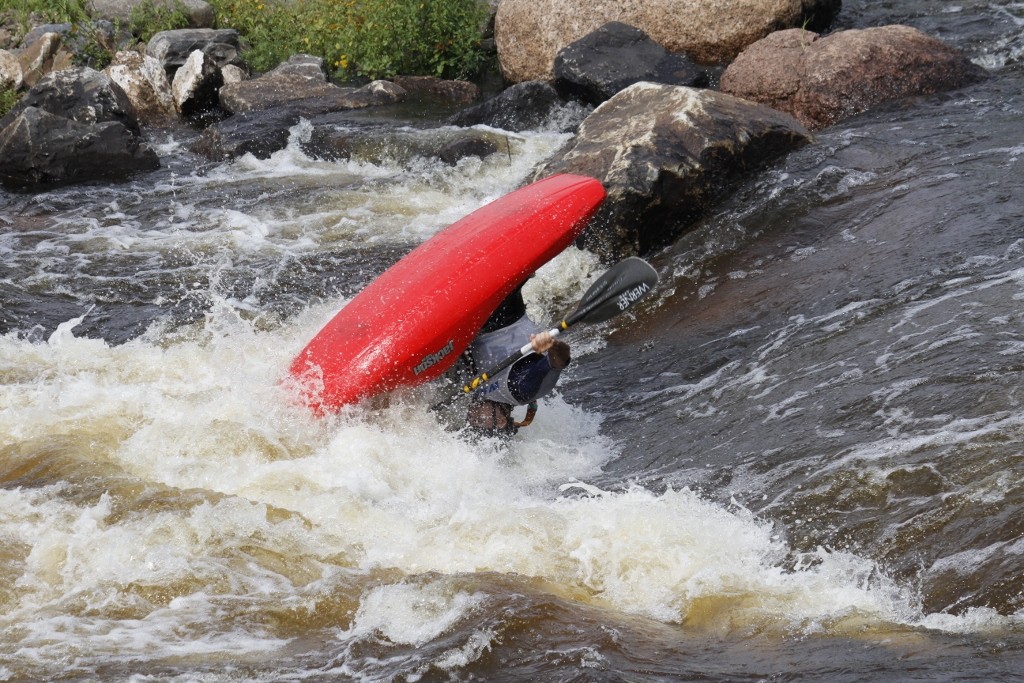 Melissa and I hadn’t visited before and we were super excited to find out that the city park offered free camping to kayakers. On Friday night we set up camp along with over a 100 other competitors from around the country. 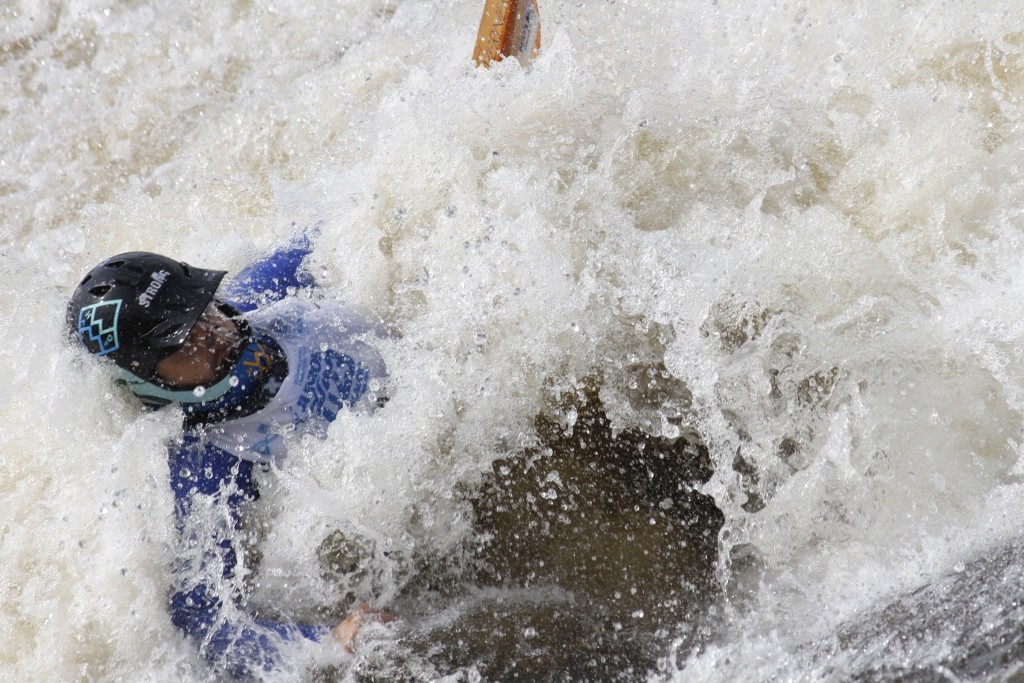 Ryan Strong “riding the bull”. One of few competitors that was able to ride a large wave for 8 seconds.

The park was beautiful and we quickly hopped on our bikes and rode the river side trail that eventually brought us to a Blue’s Festival and a modern skate park. *Editor’s note: I don’t advise using a long-board or a road bike in skate parks. 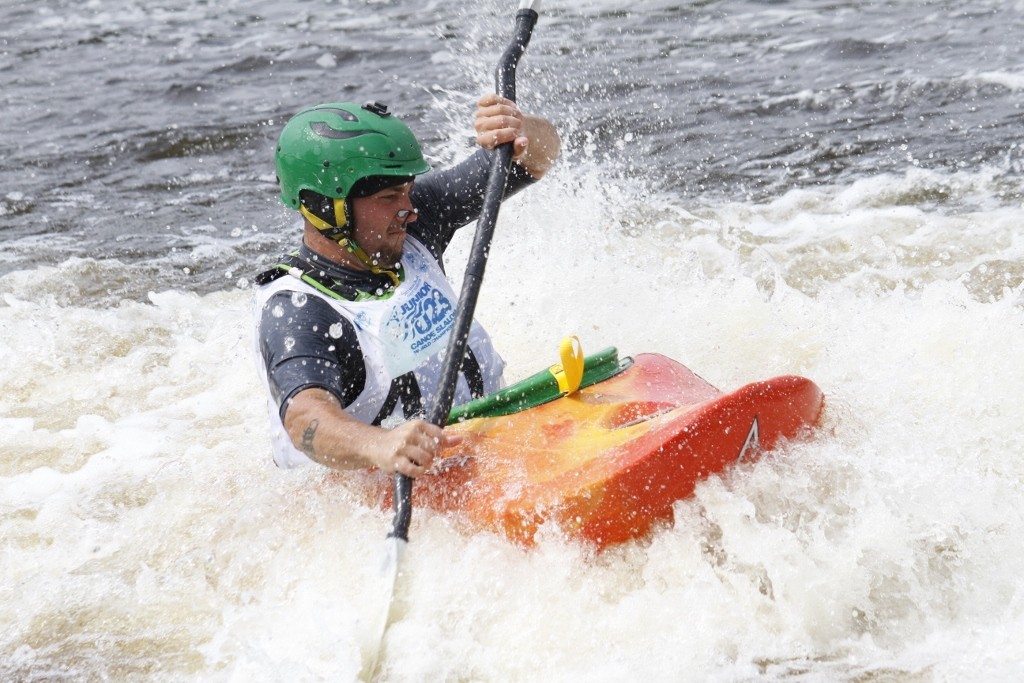 Although neither Melissa nor I competed in the event we did a lot of paddling and I reached a kayaking bench mark of being able to do a roll.  We also had a great time cheering on the competitors and supporting the numerous Mike’s Mix ambassadors who did participate. 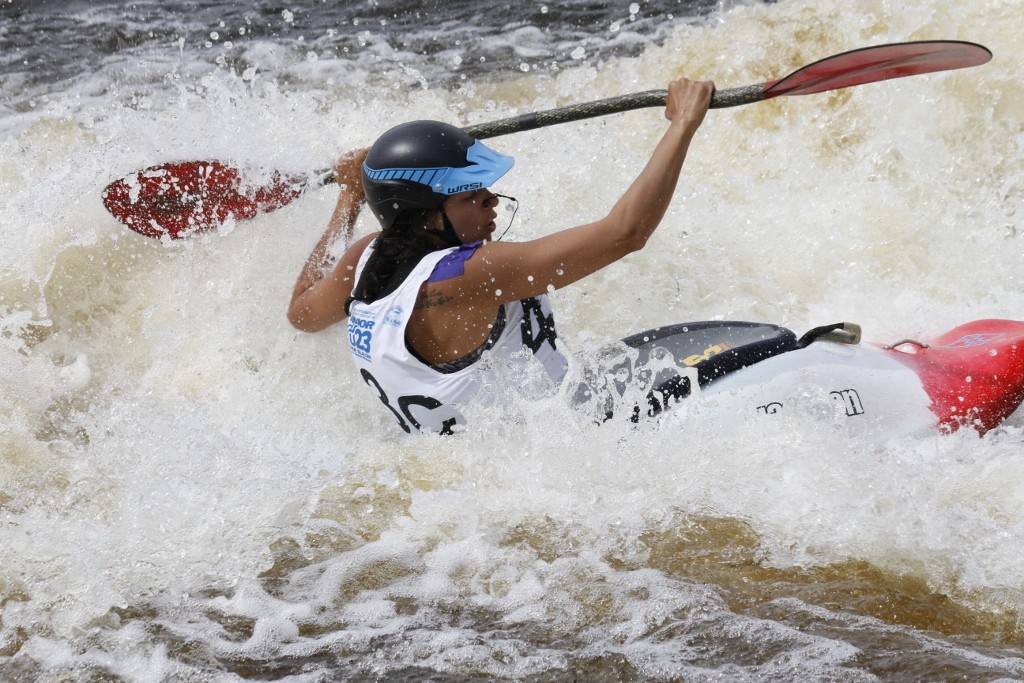 Miss Kasi during the competition

The comradery was top notch, as I have now come to expect from events like these; where a bunch of guys and gals gather and celebrate their love of a rather obscure outdoor adventure sport. Friendliness and excitement radiated from this group and it made me want to be a part of their ranks; so much so that I ended up purchasing a used boat from one of the competitors. 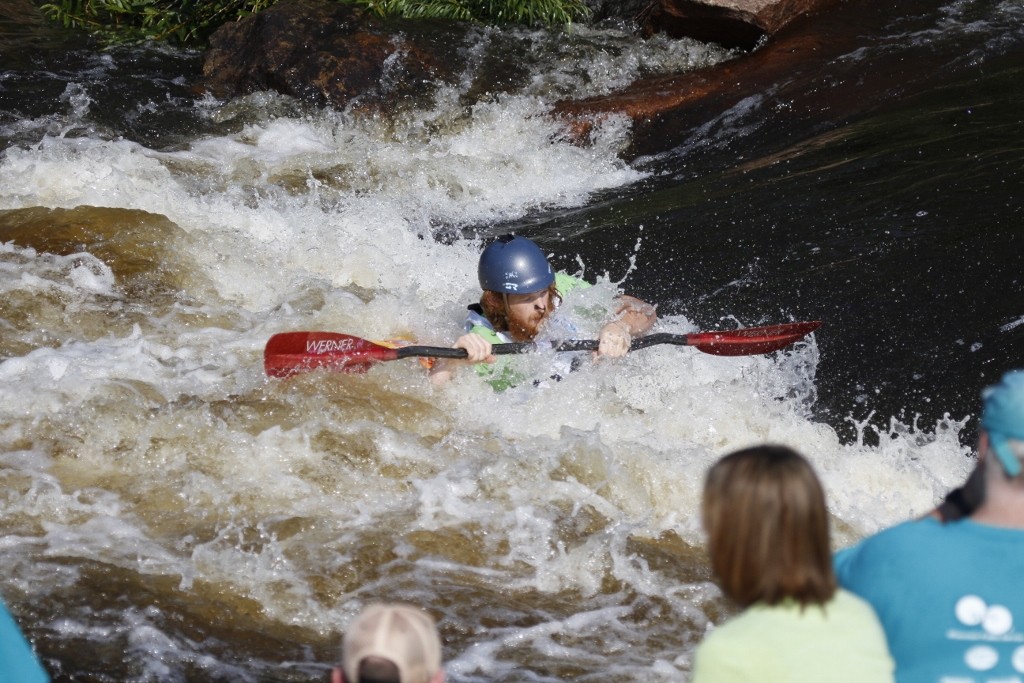 Thanks to everyone that made this such a memorable weekend and extra special thanks to Mike’s Mix ambassadors: Chris Keller, who reminded me countless times before the event to show up; Chad Gorski, who lent me a full set-up; Kasi Phanara and Ryan Strong who drove all the way from Colorado for the event AND gave me a brand new helmet won from the outstanding raffle that accompanied the competition; Josh Knapp, who patiently worked with me on my roll until I could manage it on my own; and all the other HWDAMF who came up and hung out with us for the weekend. 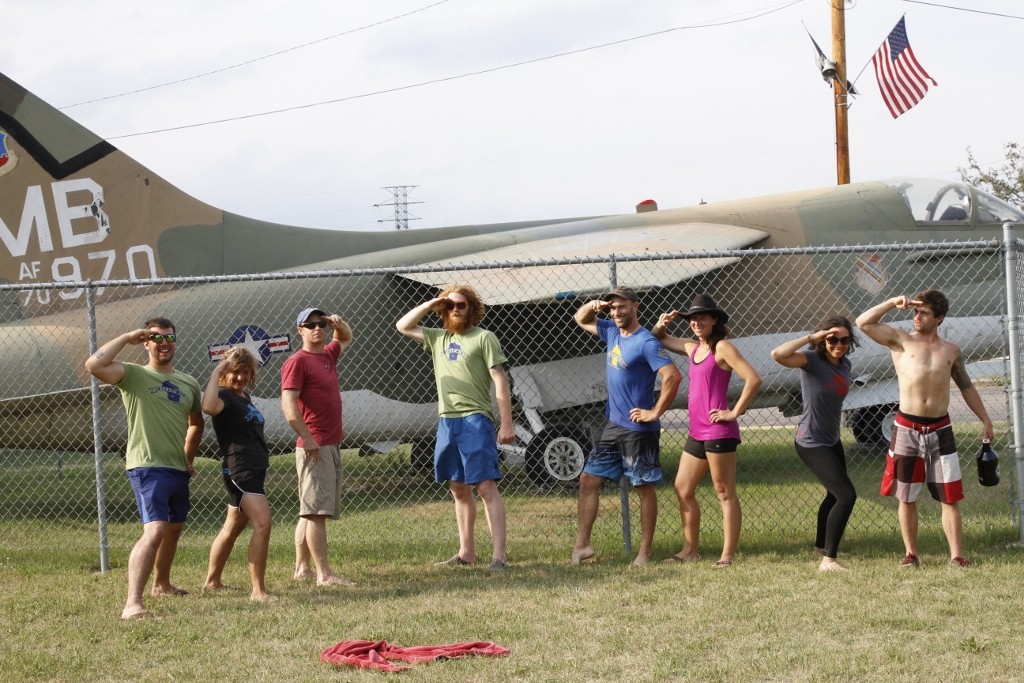 If you have any interest in whitewater kayaking, then Wausau whitewater park is your huckleberry. They offer lessons, rent equipment and offer a safe and inviting place to get your feet wet.